Under details of the plans obtained by The Associated Press, women could start training as Army Rangers by mid-2015 and as Navy SEALs a year later.

The military services have mapped out a schedule that also will include reviewing and possibly changing the physical and mental standards that men and women will have to meet in order to qualify for certain infantry, armor, commando and other front-line positions across the Army, Navy, Air Force and Marines. Under the plans to be introduced Tuesday, there would be one common standard for men and women for each job.

Defense Secretary Chuck Hagel reviewed the plans and has ordered the services to move ahead.

Why My Liberal Neighbors Aren't Speaking to Me Anymore 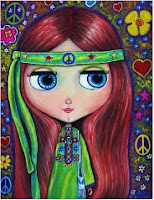 I recently asked my neighbors’ little girl what she wanted to be when she grows up. She said she wanted to be President some day. Both of her parents, are liberal Democrats, were standing there, so I asked her, ‘If you were President what would be the first thing you would do?
She replied, ‘I’d give food and houses to all the homeless people.’
Her parents beamed with pride.
’Wow…what a worthy goal.’ I told her, ‘But you don’t have to wait until you’re President to do that! You can come over to my house and mow the lawn, pull weeds, and sweep my yard, and I’ll pay you $50. Then I’ll take you over to the grocery store where the homeless guy hangs out, and you can give him the $50 to use toward food and a new house.‘
She thought that over for a few seconds, then she looked me straight in the eye and asked, ’ Why doesn’t the homeless guy come over and do the work, and you can just pay him the $50? ‘

I said, ‘Welcome to Conservatism.’

Her parents still aren’t speaking to me. 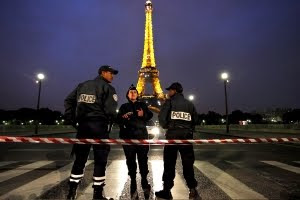 Intelligence agencies have stepped up drone attacks in Waziristan, but the
Taliban say they’re still plotting a big attack on the West.

A bomb scare closed the Eiffel Tower this week.


For weeks now, as missiles from American drones have snuffed out their leaders and terrorized their recruits in the remote mountains of Pakistan’s North Waziristan area, Al Qaeda fighters have kept their spirits up by telling each other they were about to have their revenge. “It’s like they’ve just been waiting for news, as if they were all excited about something big about to happen in the West,” says an Afghan Taliban intelligence officer known to NEWSWEEK who operates as a liaison between his organization and Al Qaeda. For security reasons he would not allow his name to be published. The source said one senior Qaeda activist told him that Europeans and Americans think “our minds and bodies are in the mountains of the [Pakistan] tribal areas, but soon we will carry out a visible offensive with long-term consequences in their own Western homes and cities.”


Reports out of Britain overnight suggest that more than bravado may be at work here: intelligence agencies have uncovered terrorist plans to launch simultaneous commando-style attacks in Germany, France, and Britain that would be reminiscent of the slaughter in Mumbai almost two years ago. Such attacks have been a major concern of Western police forces because they require no special weaponry—just guns, training, and a will to die fighting.

The dramatic increase in drone attacks over the last few weeks is intended to disrupt the plot against European targets. One drone strike reportedly killed the head of Qaeda operations in Afghanistan and Pakistan, known as Shaikh Fateh, just last Saturday. The Qaeda plot was in an “advanced but not imminent stage” and that intelligence agencies had been tracking the operatives “for some time.” The implication is that the onslaught of drone attacks, especially in the last month, has succeeded in thwarting the plot.


The anxiety among intelligence agencies in Europe is obvious. In Paris the Eiffel Tower was evacuated last night—the second time this month—because of a bomb threat that turned out to be a hoax. The busy Saint-Lazare train station was cleared out for the same reason on Monday, and the Saint-Michel underground hub was emptied on Sept. 14. French soldiers in combat gear are patrolling conspicuously around several potential terrorist targets in the city.

On Sept. 11, the anniversary of Al Qaeda’s attacks on New York and Washington, the head of France’s counterterrorism operations, Bernard Squarcini of the Central Directorate of Internal Intelligence, said the risk of attacks on French soil has “never been as high” as it is now. Squarcini did not elaborate on the nature of the plots against the country, but he did touch on some of Al Qaeda’s motives for targeting France. The French Parliament’s recent passage of a law to ban veils covering all or most of a woman’s face is also a factor heightening the threat against the country. Such coverings are considered mandatory by many extremist Muslim groups, but even moderates feel the issue has been used as part of widespread anti-Muslim rabble-rousing in Europe.
“Homegrown” terrorist cells in Europe and the United States are often less well trained and less effective in action. But there have been growing indications in recent years that the core leadership in Al Qaeda is trying to pull these disparate elements together in the hope that it might carry out another terrorist spectacular—if not on the scale of 9/11.


The same source said Al Qaeda is looking to establish training areas outside Pakistan and Afghanistan. Conceivably, some of these may be in remote areas of Central Asia or Africa. AQIM is expected to link up soon with the Al-Shabab militants in Somalia, if indeed it hasn’t done so already. But Al Qaeda’s core leadership may also encourage training operations inside Europe and the United States.
In the meantime, technology is allowing it to improve what New York Police Commissioner Ray Kelly has called its “virtual Afghanistan,” using Web-based voice and video communications. As a young Taliban fighter told NEWSWEEK recently, “I can train people on the Internet or on the telephone, no problem.”

Increasingly, the fight against Al Qaeda and its affiliates is a race: can the West penetrate its strongholds and eliminate its leadership faster than it can organize attacks in the West?
Both sides have started a dangerous sprint, but the finish line is nowhere in sight.

Lone Star Lady's Note: As long as we have the most radically liberal, Pro-Muslim President in Obama, America will never stand strong against radical islam! When we are attacked again (and we will be), Obama He will SLITHER off to join his other SLIME commie-Czars! After all, he's one of them! Just my opinion.

In 2007, Nancy Pelosi raised eyebrows when she demanded that the previous House speaker's airplane be scrapped for a much bigger one, the size of a Boeing 757. Pelosi claimed that she merely wanted to avoid having to refuel between Washington and San Francisco, where she lives.

Last year, more eyebrows were raised when it was learned that Pelosi was using the US Air Force as her own personal airline, commandeering a fleet of jets to shuttle her family and staff. Her underlings even wrote nasty memos to the Air Force when specific jets weren't available.

Now Pelosi has raised eyebrows again; not over her taxpayer-funded fleet, but over her taxpayer-funded office space. According to recent reports, Pelosi abandoned the district offices she's been in for 20 years for fresh new ones. The new office has 33 percent more space, but it will cost taxpayers 300 percent more: $19,000 a month for RENT! That's double the next-highest rent paid by a House member. This time, Pelosi's excuse for the price tag is her supposed security needs and better energy bills.

Since Democrats have run this government, millions of Americans have been foreclosed on, and millions more have houses underwater.

The program Obama's Democrats claimed would help keep people in their homes is a total bust. So with all that failure around, it's sure nice to see somebody is living large -- even though it's not on her own dime. She's living large on us. Typical liberal Democrat punk.
Posted by Lone Star Lady at 1:55 AM

The U. S. Helps the Jihad Against Israel - imatexasbushie's Blog - Blogster

The U. S. Helps the Jihad Against Israel

Click the link above to see the diagram of the major Left Wing Progressive groups responsible for the Free Gaza marches and flotillas – "Your" President OBAMA Assists the Jihad Against Israel. So do BO's Czars and many other Left Wing Radical Marxists Islamic sympathizers! God help us!

NEW YORK (JTA) -- Jewish groups are calling on U.N. member representatives to walk out in protest when Iran's president speaks next week at the United Nations.

Mahmoud Ahmadinejad's plans to address the U.N. Nuclear Non-Proliferation Treaty Review Conference on May 3 makes a mockery of the proceedings, Jewish groups said.

"We call on all countries, particularly those that value democracy and freedom, to leave the United Nations hall when Iran's president, Mahmoud Ahmadinejad, rises to speak," the president and executive vice chairman of the Conference of Presidents of Major American Jewish Organizations, Alan Solow and Malcolm Hoenlein, said in a statement. "Iran's pursuit of a nuclear weapons capability poses a threat to the region and the entire Western world. To have President Ahmadinejad address this review conference makes a mockery of the efforts of many countries to prevent nuclear weapons and nuclear terrorism from becoming the gravest global threats of this century."

The World Jewish Congress asked its member communities to contact their government representatives to persuade them to participate in the protest walkout, saying in a statement, "It is dismaying that, once again, the U.N. is allowing the head of a regime, foremost in the sponsorship of terrorism and the abuse of human rights, who defies U.N. resolutions regarding its nuclear ambitions, to appear before the international body."

After all, the U.N. is made up of mostly Muslims and MUSLIM TERRORIST SYMPATHIZERS (including B.O. and his Administration). This sucks! Anyone who isn't, should walk out! This Terrorist leader should NOT be at the U.N. in the first place! 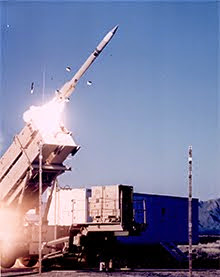 OUR DEFENSE = HIT TO KILL 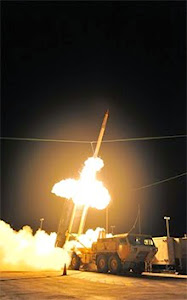 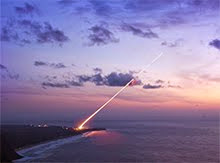 HE'S DEFENDING ME? I DON'T THINK SO! 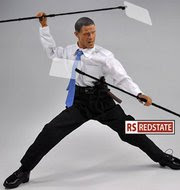 J.Hoffa just said, "Kill the Sons of Bitches", referring to the Tea Party. And, Odumba Agreed!!

America's Credit Rating Survived the Great Depression, but Not Two Years of Obama. 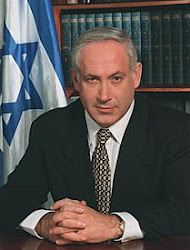 Unite and Stand with Israel

Lone Star Lady
Panhandle of, Texas, United States
I'm a Conservative Reagan Republican woman living on the Great High Plains in the middle of the Texas Panhandle. Thankfully, we are conservatives up here. We are in Tornado Alley, the land is flat, we have cattle and cowboys as far as the eye can see, and it's windy most days, but I wouldn't live any place else! I've been a widow since 1997, have two grown children and two teenaged grandsons. 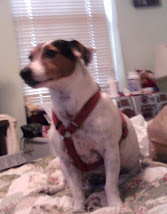 What Kind of Gun Are You?

What kind of handgun are YOU?

Some of My Favorite Conservatives 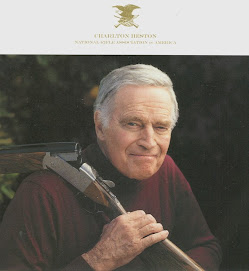 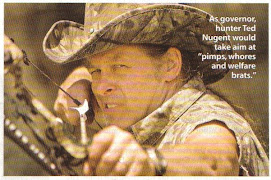 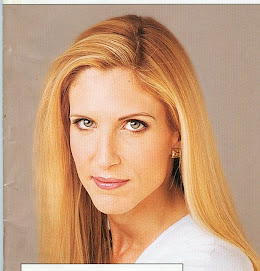 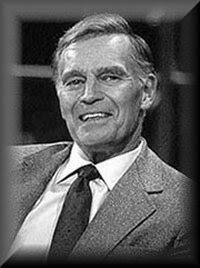 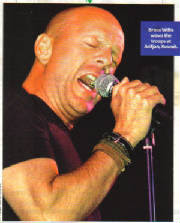 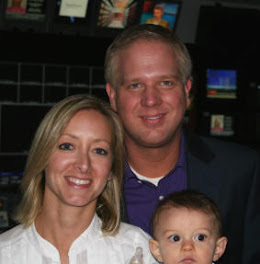